Steel: the backbone of a country | SRMB Skip to main content

Steel: the backbone of a country

Steel: the backbone of a country

The white and shiny gilded metal rolling out of the thunderous steel mills in America in the 1800s powered socio economic and cultural legends in the West. Some called molten steel a “sublime” metal whereas others were wowed by the sheer brilliance of sight in large furnaces and ingots.

After steel was first manufactured in the 1820s in the Great Britain, popular literature in America and Europe centered on working class heroes. With the invention of the steam engine, the steel mill assumed prominence in art, culture, politics and society. In short it became the backbone of human civilization.

Two centuries on, steel still remains the center of a country’s development trajectory.  The story of steel is never more interesting than in India itself.

History of steel industry in India:

The first noteworthy attempt to usher in the industrial revolution in the country was in 1874 when Bengal Iron Works or the BIW (later known as the Barakar Iron Works) was set up in Kulti, near Asansol in West Bengal. Prior to this, Joshua Marshall Heath, an Englishman, set up a small manufacturing unit in Porto Novo, Madras Coast. The company produced 40,000 tons of pig iron until 1936 when the Indian Iron and Steel Company or the IISCO took over the reins.

But the red letter day for the Indian steel industry was when on August 27, 1907, Jamshedji Tata formed a swadeshi venture in the Tata Iron and Steel Company or TISCO in Sakchi, Jamshedpur in Bihar. Jamshedji is credited to have “laid the foundations of heavy industries in India”. The facility rolled out about a million tons of ingots when India achieved its freedom.
In keeping with Nehru’s vision of self-sufficient industrialization and development, an industrial policy resolution was formulated in 1948. India embarked on his vision of a socialist economy where the state financed large and heavy industries and steel manufacturing units in the country. The steel industry was strategically placed as a state sponsored enterprise along with coal and iron.

A chain of steel plants came up across the country with assistance from the US, and the erstwhile USSR. The government’s industrial policy had undergone many changes in 1951 and then again in 1991. In 1991, the new industrial policy was formulated and that made iron and steel exempt from compulsory licensing.On May 24, 1992, the iron and steel industry was enlisted in the “high priority” list of industries that could attract 51% foreign equity, which later went up to 74%. The export and import regime also liberalized drastically. The freight equalization scheme was also shunned later.

Steel and iron industry: an important player in the Indian economy:

According to C S Gundewar, the Controller General of the Indian Bureau of Mines, Iron ore and steel make up a country’s backbone on which many ancillary and heavy industries depend on. The amount of steel and iron ore a country produces and consumes is indicative of the building activity, economic and business activity in the country.
Many jobs are directly created especially for blue collar workers. Manufacturing and infrastructure are the two key industries that are directly affected by iron and steel production. Automobiles, defense and even construction of dams, bridges and roads are dependent on iron ore and steel. The total employee strength of the steel industry in India is more than two million.This number includes both direct and indirect employees.

The steel manufacturing prowess of a country directly affects it development and economic growth. Steel and iron ore manufacturing has enabled a developing country like India to leapfrog from a subsistence agrarian economy to a large industrial economy.

The Indian steel industry is state of the art and modern and is continuously producing high quality steel with upgradation of existing plants and setting up of efficient modern units. The country will become the second highest producer of steel in the next decade. The per capita consumption of steel has increased from 51 kg in 2009-10 to 60 kg in 2013-14.

Some of the key points:

India already is the third largest producer of steel by 2014.
Steel use is expected to stand at 80 million tons in 2015 and 86 million tons in 2016.
India is the fourth largest in terms of iron ore production and extraction in the world. This is necessary for a robust steel industry to grow in any country. (source 6)
About 154 million metric tons of metal is produced from the iron ore mined in India.
Indian steel companies are aided by several key factors such as domestic availability of cheap labor and raw materials. The steel industry was deregulated and de-controlled in both 1991 and 1992.
Indian crude steel production is the 3rd highest in the world.
India singlehandedly produces the bulk of sponge iron in the world. This is mainly through the coal based route which accounts for 90% of all the sponge iron production in the country.
100 per cent foreign direct investment (FDI) has been allowed in the steel sector under the automatic route and 301 MoUs have been signed for the production of 486.7 million tons of steel.

How competitive is Indian steel?

Indian steel is quite cost effective as compared to globally available steel. According to World Steel Dynamics, the total cost of steel production in the United States is for about $510 per metric tons. Japan stands at $550, Germany at $557 and Canada at $493. India’s cost of producing one metric ton of steel stands at $497. This is so because of the high material cost coupled with higher import duties. Indian steel industry is expected to be even more competitive in the coming years with a slashing of duties set on iron ore.

Where does SRMB stand in India’s steel success story?

The Steel Rolling Mills of Bengal Ltd or SRMB is the first domestic secondary sector steel company that collected in a lofty Rs 1200 crores of turnover in the fiscal ending 2014. It has been a pioneer in the production of steel bars so far. It ventured into producing thermo mechanically treated TMT bars in 2000. Today, SRMB is one of India’s best steel producing companies with 4 plants in West Bengal. The SRMB Group produces Fe: 500&550 D TMT Bars which are resistant to tremors. The group pioneered the production of the“X” pattern Ribs on Fe 500, IS: 1786 grade steel bars within India. SRMB has also pioneered the WINGRIP rib design for their TMT bars, which is a result of the group's constant zeal to innovate and improve the existing designs for adding more value to the products. The company also is a TEMPCORE Licensee from CRM Belgium, and has a grade certification of Fe 550 grade.

The future Of Steel- the SRMB way!

SRMB has seen successive growth in the past decade and remains one of the most profitable TMT bar manufacturing companies in the country. In the financial year of 2010-2011, the company inaugurated the “Backward Integration Programme” which led to the formalizing of the 1 million tons of steel making capacity. After the mining industry norms were relaxed and 100 per cent equity allowed, SRMB is gradually focusing its attention to acquiring coal, iron ore and other mining leases from the Central government. It also is channeling its vast knowledge in the steel business toward building captive power plants and cement manufacturing. This will augur well for continued profits for the steel industry in the country as well as benefit the growing shareholder base of the company. 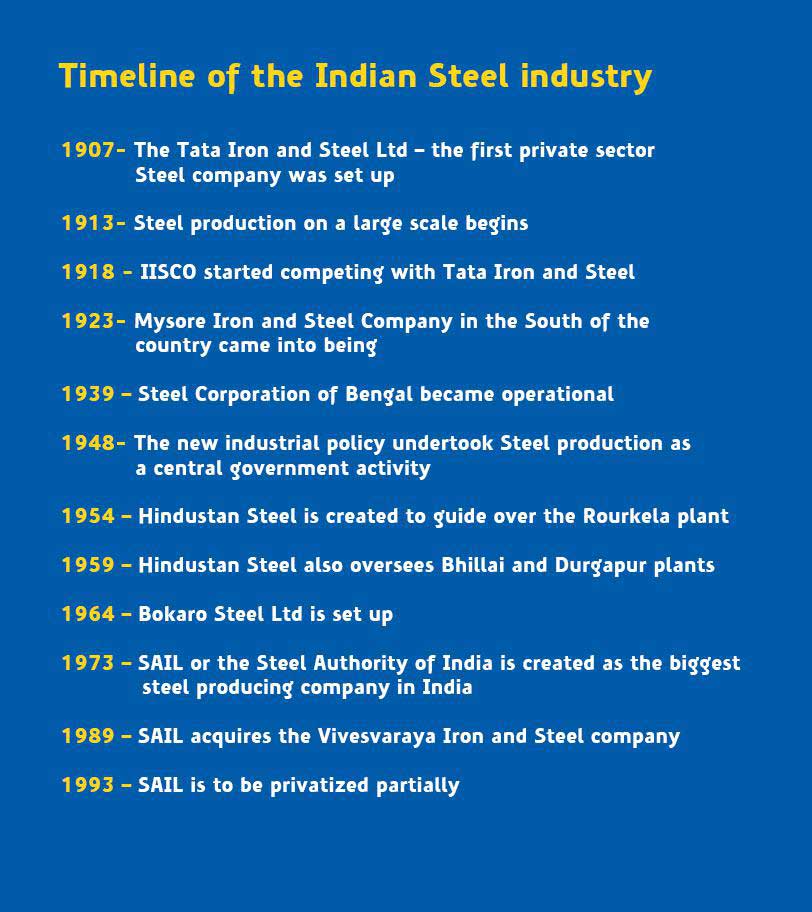